Our Q&A series is an opportunity for our European team, headed up by Dilan Omari-Clark to discuss all things PropTech, Start-ups, and Career with different founders from across the continent. Each week we get to know our guests better, finding out about their career path and quiz them about their product. We hope you find it insightful and enjoy getting to know the founders.

This week we speak to Robert Chielewski, CEO & Co-Founder ShareSpace which was founded in Warsaw, Poland in 2017.

ShareSpace mission is to help a generation of modern entrepreneurs – from freelancers and startups to global enterprises – find office spaces that grow their ideas, brands and ultimately their business. They aim to make your office space an investment rather than a cost, an investment which helps secure the best talent and helps your company thrive.


How did you find yourself working in PropTech?

I have always been working in Real Estate and I liked this industry right from the start, so much so that I decided to fully focus on it, studying Real Estate at University, going through internships, and then working in the field. I have also always been very fond of technology - always wanting the newest iPhone, watching all the Apple events, and staying up to date with the high-tech world.

On top of all this, for as long as I can remember I had a dream to have my own business. I wanted to, somehow, marry my two passions. Ultimately, it was Marcin (CTO and Co-founder of ShareSpace) who had the most impact in pivoting this idea from a traditional Real Estate journey into PropTech. We’ve known each other since high school and I would often explain to him the flaws I noticed within the Real Estate industry, he in turn would give valuable feedback from an engineer's perspective. Naturally, an idea began to emerge from these conversations, initially, it was a platform for student housing, but when I noticed the emerging market for coworking and flexible office spaces, I said to Marcin “This is the new hot thing, how can we get into that?” What followed was a decision to start with a booking concept for desks and meeting rooms and within 4 - 6 months, by January 2017, we created the first version of ShareSpace.

Why is now the time for your company to exist?

As we can see, all frontiers of business are in a digitalization process. FinTech, InsurTech through to MedTech have been undergoing changes for quite a while. Saying that, the Real Estate industry is one of the most old-school and archaic industries. Studies done by PWC confirm that the adoption rate calculated for the Real Estate industry has been the second last, just after agriculture. Nowadays, things are beginning to pick up as many of the largest companies in Real Estate have recognized PropTech as an inevitable scenario and are looking towards digitalizing their processes. We are just playing our part in this process, specifically focusing on the biggest element of this industry - commercial office space leasing.

Something else that we are currently noticing is a generational shift happening in companies and the business world in general. The younger people coming in are used to technology, using apps for everything, optimizing processes, but most importantly - having a process in the first place. This is vital because what we have observed over the past years in business is that office leasing has been a completely chaotic experience. There was no thought behind it or process to it. Deals would take a long time, there would be a conflict of interest, tenants would end up with sub-optimal leases finding themselves with zero control as data was hidden from them. All this led to tenants overpaying or ending up with too much space, subsequently losing time and money, and as we know, time is money. What ShareSpace does is fundamentally streamlining this office-search journey into a one “fit for all'' process across the 5 steps of leasing, starting with the search and all up until signing the agreement, giving power to the tenant so they can progress through this journey with full control and ownership in their hands, in a self-service manner.

What are the challenges in PropTech for your company?

The main challenge is definitely still the adoption rate of technology within the Real Estate industry. Adoption of changes such as e-signatures or carrying out processes in a digital manner can sometimes be an issue for our partners. In contrast, this is something that our clients, who come from the entire spectrum of business, like insurance, pharma, banking, finance, through to start-ups are fully ready to adopt. They respond to what we do with “Wow, I love this, it solves all the problems that I've been previously experiencing”. So essentially, we find ourselves working to bridge that gap between the Real Estate industry and our clients - the tenants.

Where do you think your growth will be next year?

Next year we will be fully focused on “opening up shop” in the biggest markets in Europe - Germany, mainly focusing on its largest cities: Berlin, Munich and Frankfurt and Hamburg, in the UK, London - the second biggest market in the world, just after New York. We want to validate our business through that. By the end of next year, we see ourselves being perceived as the leading start-up and technology company in office space leasing across Europe and the up-and-comer in terms of the global perspective. Another way towards that is through expanding our team, growing our local presence through hiring top talent, building our HQ in Warsaw and moving our company into a fully functioning scale up.

We’re also looking to expand our technology beyond the confinements of what the office search journey is understood to be. At the moment it's seen as a search, with some steps in between until the lease signing. We want to extend that journey with technology to help clients answer the questions of what they’re actually searching for, and providing for their needs through the lens of what actually works.

What is a frequently asked question you get about your product?

The most frequent question that I get asked is about the value of what ShareSpace does. This is partially due to communication but partially also due to the fact that what we’re doing is so innovative. ShareSpace is not a chatbox, it's not just another CRM, it's a tool that came to be from a mix of ideas like Facebook, Slack, certain dashboards, CRM’s, and tools for managing pipelines and processes. This amalgamation of features allows the client to manage their entire office leasing process online. We see that what is really valuable for those tenants is that we enable them to have control over this process which ensures they get the most optimal transaction possible.

Another aspect of this value is the direct connectivity to the operator which impacts speed. A company working on a big deal requires the involvement of an executive team, CEO, COO, CFO, HR Manager all running point-on-point. If such a transaction requires their commitment for 8 months, multiplying all of their monthly salaries x8 gives us the value of the opportunity cost of what they could have otherwise been doing. We make it possible to minimize that time and cost from x8 down to x2, from one month to one week, and for very small deals, from one week to one or two days. Decreasing the deal time by roughly x4 is a huge saving for many companies. This was demonstrated in a recent successful two-day transaction carried out in Hungary.

What is ShareSpace’s biggest accomplishment?

ShareSpace hasn't always been what it is now. For the first two years we were a platform for desk and meeting room bookings, and even though we were doing some office deals we were still working with our clients in the same way as a very traditional broker would - through email. Our platform would only be used for lead generation. From the first half of 2018 up until 2019, we were working on our first idea of a dashboard and upon introduction, it made it possible for a deal to be made fully online. Now, though we are already working with the third version of this dashboard, having improved its speed, UX, and UI, the overarching idea of the 5 step journey remains the same.

I think in essence what it speaks to is that you can have a wild idea, 4 years later see it become a reality so that even the biggest corporations are able to use it. 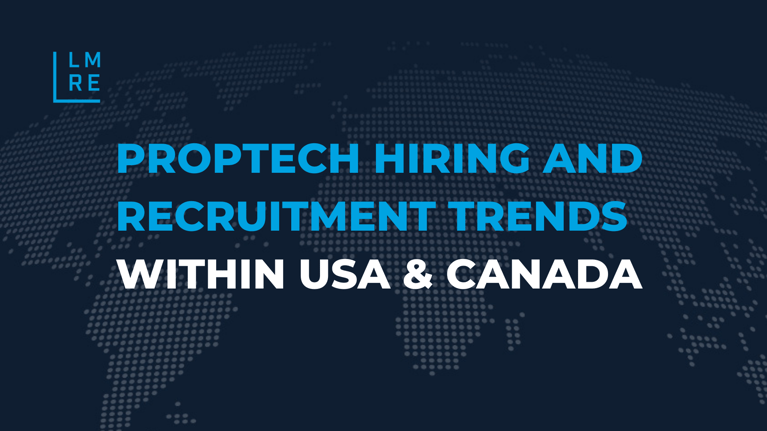 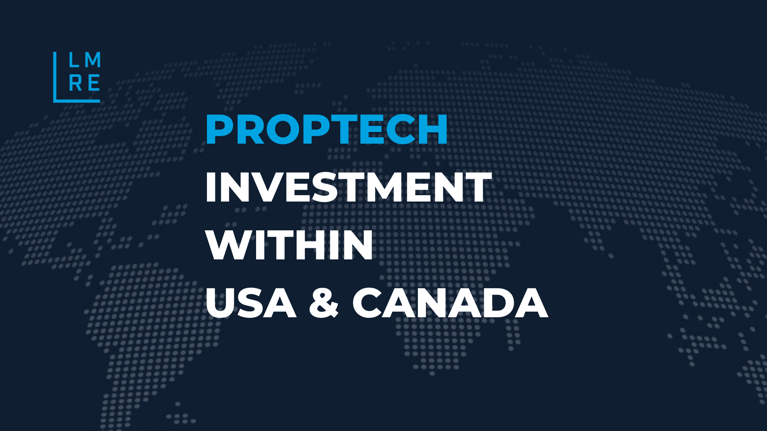 Where is the investment coming from in the US & Canadian PropTech market?